A four-player maze game, developed on PC and PlayStation 4 in 14 weeks using Sony's PhyreEngine with a team of 18 developers.

Each player has to collect treasures in a pyramid and attempt to escape, while being aided or hassled by the other players.

I was the primary interface programmer for the PhyreEngine version of this game, implementing the rotating, three-dimensional mini-map in the center of the screen as well as displaying the players' movement and exploration on said minimap. 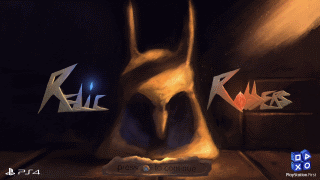 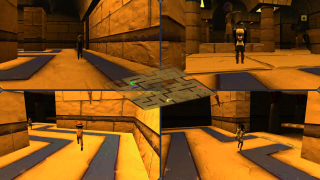 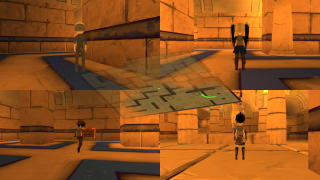