A game that experiments with multiple input devices, including a Sphero as well as a Tobii EyeX eye tracker.

It is a quirky game where the player is a tipsy waiter in a restaurant, and their objective is to serve food to the customers before time runs out. The Sphero is used to balance food on the tray as well as move around the restaurant, and the EyeX tracks the eye movement of the player, who needs to look at each table specifically to see how much time is left.

I primarily worked on the Sphero interface for this game, making sure to properly connect the Sphero and retrieve its orientation data for the game.


Although the game never ended up getting a proper release, the demo version was put online and was picked up by several Let's Players on YouTube, some of which have received hundreds of thousands to millions of views. 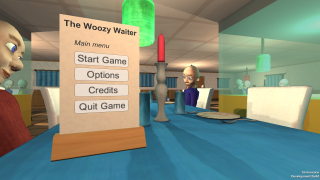 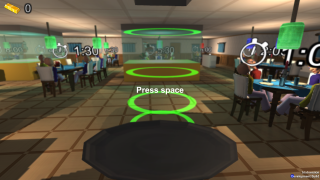 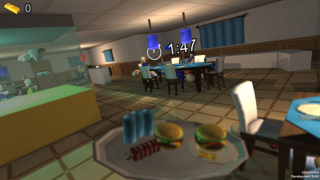 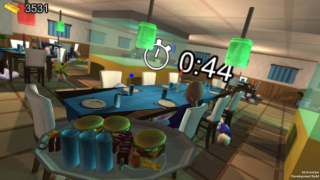